HerbMedPro is a comprehensive, interactive online database that provides access to important scientific and clinical research data on the uses and health effects of more than 265 herbs, spices, and medicinal plants.

Afrigetics Botanicals’ mission is to commercialize African medicinal plants. According to Steve Hurt, CEO and sales director of Afrigetics Botanicals, more than 3,000 medicinal plant species are used in southern Africa, but only a limited number of those, including rooibos (Aspalathus linearis, Fabaceae), devil’s claw (Harpagophytum spp., Pedaliaceae), pelargonium (Pelargonium sidoides, Geraniaceae), and sceletium (Sceletium tortuosum, Aizoaceae), are used in products in the United States.

Hurt hopes the adoption of B. natalensis will help introduce the plant to the North American market and encourage additional scientific studies on its potential medicinal benefits. “In my opinion, as it appears to me from the trade shows I’ve been to and the people with whom I’ve spoken, ABC is the authority on herbs and herbal medicine in the United States,” Hurt said. “So, we thought that ABC would be a good partner to work with.” He added that B. natalensis may be a promising ingredient for bodybuilding and fitness enthusiasts because stem extracts of the plant have been shown to increase testosterone levels in animal models. Human studies are needed, however.

Stefan Gafner, PhD, ABC’s chief science officer, said: “We are grateful to Afrigetics Botanicals for its adoption of Bulbine natalensis. The African continent has a rich history of medicinal plant use, and a large number of these plants are relatively unknown to the Western world. The adoption allows us to make the science behind Bulbine natalensis easily accessible and introduce this plant to a larger audience in the United States and elsewhere.”

Bulbine natalensis is a perennial evergreen in the same plant family (Xanthorrhoeaceae) as aloe (Aloe vera). Like aloe, B. natalensis is a succulent. It has large, broad, pointed, fleshy, thornless, yellowish-green leaves that grow in a rosette and can bruise easily. It is a frost-tender plant (i.e., it often is damaged or killed by even minimal frost), but it is heat- and drought-tolerant. Elongated clusters of star-shaped yellow flowers usually appear in July or August on long, thin stems that are two to three times as long as the leaves.

This species reportedly is one of more than 50 South African Bulbine species. It is widely distributed in the eastern and northern parts of South Africa, though reportedly is most common in the dry valleys of Eastern Cape province. It often is found on cliff edges and in rocky areas with poor soil. Some sources consider B. natalensis and B. latifolia to be synonyms, but, according to Medicinal Plants of South Africa (Briza Publications, 2009), the latter is sometimes considered a separate species from Eastern Cape with dark green, firm leaves and dense flowers. Both species are used medicinally and often co-occur in Eastern Cape.

Bulbine natalensis is known locally as ibhucu (Zulu), ingcelwane (Xhosa), and rooiwortel (Afrikaans). The genus name Bulbine is derived from the Greek for “bulb,” even though most Bulbine species reportedly do not have a bulb. Bulbine species, including B. natalensis, can be distinguished from other similar plants by their floral characteristics, specifically their hairy stamens that bear the anthers.

The medicinal uses of Bulbine species, including B. natalensis, generally resemble those of aloe. Traditionally, the leaf gel of B. natalensis has been used to treat wounds, burns, rashes, itches, ringworm, and cracked lips. In addition, root preparations have been used in local healing traditions for vomiting, diarrhea, convulsions, venereal diseases, diabetes, and rheumatism.

In an animal study, male rats that were given an aqueous extract of B. natalensis stem exhibited increased testosterone levels, but more evidence is needed to support the traditional use of the plant to treat male sexual dysfunction. In a separate study on pigs, wounds that were treated with either B. natalensis or B. frutescens leaf gels improved significantly compared to untreated wounds. In a third study on rats, an extract of B. natalensis leaves demonstrated antiplatelet aggregation activity.

Established in 2008 and headquartered in George, Western Cape, South Africa, Afrigetics Botanicals claims to be “one of the leading exporters of Southern African medicinal herbs, teas, oils and foods to the international wellness and pharmaceutical industries,” according to its website. The company specializes in horticulture, African ethnopharmacology, agri-processing, and sustainable wild harvesting. It also believes that “the botanical resources of Africa may hold the key to the treatment of major medical and health ailments.”

About Adopt-an-Herb and HerbMedPro

Afrigetics Botanicals is one of 58 US and international companies that have supported ABC’s educational efforts to collect, organize, and disseminate reliable, traditional, and science-based information, including clinical studies, on herbs, medicinal plants, and other botanical- and fungal-based ingredients through the Adopt-an-Herb program. This program encourages companies, organizations, and individuals to “adopt” one or more specific herbs for inclusion and ongoing maintenance in the HerbMedPro database. To date, 64 herbs have been adopted.

Each adopted herb is continuously researched for new scientific articles and botanical, chemical, pharmacological, toxicological, and clinical studies, ensuring that its HerbMedPro record stays current and robust. Access to the studies is conveniently organized by publication type, with each study condensed to a one-sentence summary with a link to the study’s official abstract on PubMed (the US National Library of Medicine’s free-access database) or other publicly accessible database.

HerbMedPro is available to ABC members at the Academic level and higher. Its “sister” site, HerbMed, is available to the general public at no cost, with access to 25-30 herb records from the larger HerbMedPro database. In keeping with ABC’s position as an independent research and education organization, herb adopters do not influence the scientific information that is compiled for their respective adopted herbs.

About the American Botanical Council 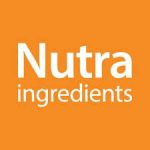 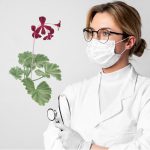 Coronavirus: Top ways to protect yourself until vaccine is developedNews