Typha extract is used as a natural ingredient in aphrodisiac and erectile dysfunction products.

Features
A freeze-dried herbal powder suitable for tablets and capsules.

Typha capensis, also known as “Love Root” is a popular aphrodisiac used in traditional African herbalism. The roots are dried and ground into a powder and used in preparations of teas traditionally or added into a formulation known as “Bangalala” which is the colloquial name for a secret aphrodisiac recipe closely guarded by each individual herbal doctor.
Typha capensis is an aquatic plant known from southern and eastern Africa as far north as Uganda. It has also been reported from Brazil. The rhizomes of Typha capensis are used medicinally in southern Africa. It is reported to improve circulation and to enhance male libido and performance.

“Active compounds present in the rhizomes have caused an increased production of testosterone level in TM3-Leydig cells.” 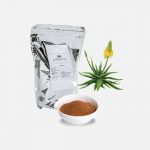 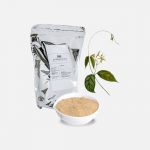